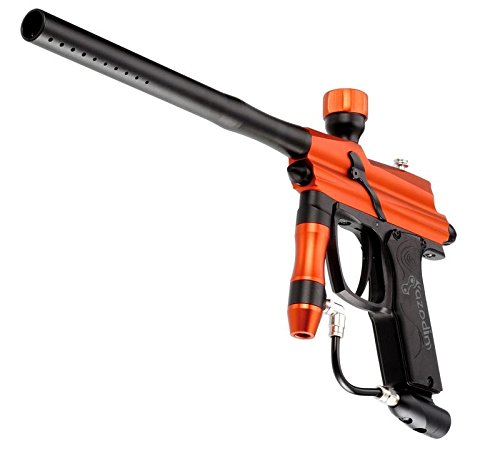 The new “Feather Striker System” is 30% lighter than traditional striker design. This breakthrough reduces the mechanical recoil. This recoil reduction gives players a smoother shooting marker. The “ZEN” Circuit Board comes standard with advanced modes that comply with the regulation of major circuits. Players can take the BLITZ out of the box and hit the fields across the world and dominate the competitions.

BLITZ also features Autococker barrel thread, Ion feedneck thread, Dovetail rail and standard ASA mounting screw placements. Players can be sure that BLITZ will allow you to utilize the broadest range of aftermarket accessories to customize the marker to your individuality.

HOT NEW PRODUCT FROM EMPIRE!
Check it out!